In the Spring and Summer 2014 issue of Faith and Freedom we were very pleased to have something of a scoop with two articles by Fr John Navone SJ, the leading Italian American theologian whose theology has been acknowledged as a major influence on Pope Francis.

In that issue we were delighted to have John Navone write exclusively about the challenges and priorities of Francis’ papacy. In his first article on the subject for a British or European audience Professor Navone explained the Pope’s interest in his thinking and gave a resumé of his own ‘Theology of Failure’.

Just prior to the Pope’s visit to the USA in September 2015 Fr Navone was interviewed by CNN and featured in a long and thoughtful online article on the CNN website by Daniel Burke, CNN Religion Editor. The author discusses Fr Navone’s theological influence on the Pope and carries part of the interview with him. In the piece he quotes Fr Navone as saying:

“There was a blessed juncture between my theology and his crisis…It was a kind of light in the darkness to him.”

And among other things himself says:

As it happened, Navone and I spoke on the day Francis made it easier for Catholics to annul their marriages, and about a week after he encouraged priests to forgive women who have had abortions.

Navone and I talked about mercy, and how it’s hard to forgive others if you aren’t intimately acquainted with your own failures. We talked about a Pope who travels to the peripheries because he himself was sent there. And we talked about Francis’ apparent internal freedom, his refusal to resign himself to others’ expectations.

The full article, ‘The Pope’s Dark Night of the Soul’, can be read here:

Faith and Freedom is also delighted to announce that the Autumn and Winter 2015 issue, due out this week, also carries another timely article by John Navone entitled ‘Finding God in Strangers’.

Faith and Freedom is a print journal but it can be ordered online here: 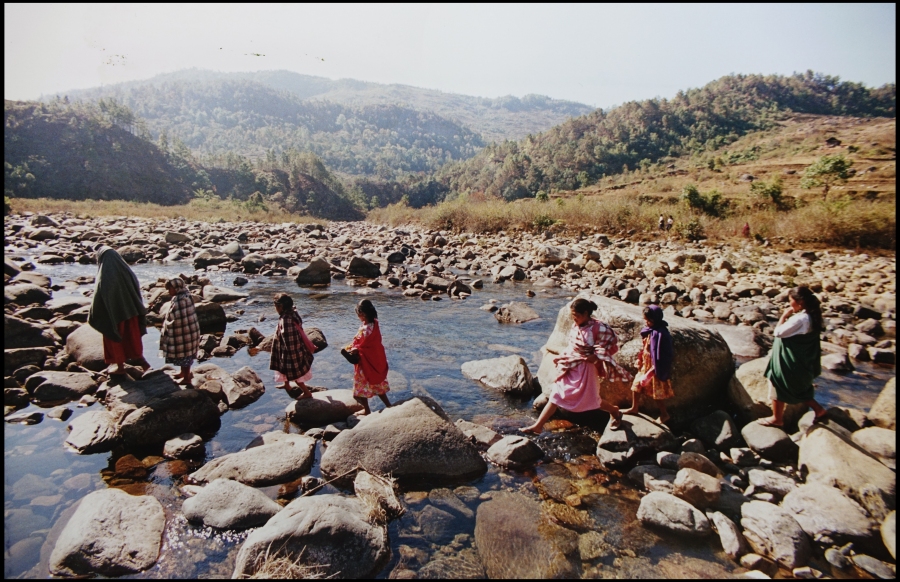 For the second year running Faith and Freedom is producing a full-colour Calendar in aid of the charity, the Send a Child to Hucklow Fund.

After the success of last year’s Calendar we invited readers to send in their own images celebrating the theme of ‘Faith in the World’. This produced an excellent response with many more pictures being sent than we could use. The Calendar is now ready and will be sent out free to all subscribers to Faith and Freedom. An annual subscription costs only £15 and can be done online here: http://www.faithandfreedom.org.uk/subs.htm

With the Calendar you not only get the images covering people, places and religious celebrations from all around the world but an extensive record of dates and events covering all major religions and for all sorts of religious occasions and anniversaries in 2016.

A big thank you to everyone who sent in pictures. The volume and quality of images we received was overwhelming, making the final selection a very difficult task. We will try to include a range of images which didn’t appear in the Calendar on our website: www.faithandfreedom.org.uk.We also hope to upload the full Calendar for all to see on that site.

One of the images that we weren’t able to use in the Calendar is this picture, taken by John Hewerdine, of the five mile walk undertaken by Unitarian children each week to get to their Sunday School in the Khasi Hills, India.

If you are not already a subscriber to Faith and Freedom you can purchase a copy of the Calendar for a suggested donation of £5, all of which will go to the Send a Child to Hucklow Fund to enable it to continue its invaluable work in giving disadvantaged children a much-needed holiday at the Nightingale Centre, Hucklow in the Peak District National Park.

If you would like to order a copy of the Calendar for yourself or for a friend email Nigel Clarke at faithandfreedom@btinternet.com 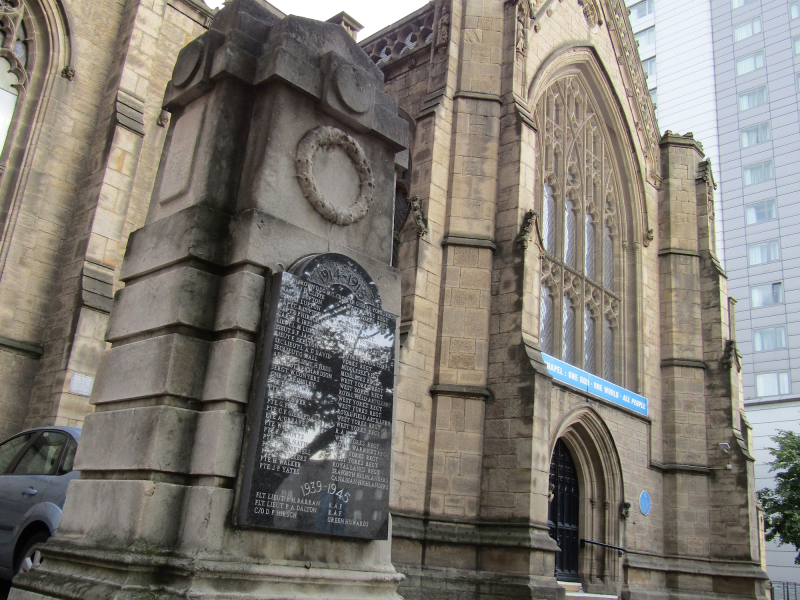 Back in June I asked the question on this blog whether the Cenotaph outside the modern Bury Unitarian Church which commemorated members of the three congregations of Chesham, Heywood and Bank Street, Bury, was the only Unitarian Cenotaph:

Neville Kenyon sent a number of photographs depicting the Cenotaph which are now published on the Faith and Freedom Great War Project site:

Neville wondered if this was a unique memorial in Unitarian church circles and I did suspect that he might be right. However, we can now be sure that it is not unique. The Rev Jo James has sent me some pictures of the Cenotaph at Mill Hill Chapel, Leeds which stands very prominently in front of his grand gothic church in the city centre. All these pictures will also appear online on the Faith and Freedom Great War Project.

Jo tells me that the list of names on the Cenotaph is that of those members of Mill Hill who were killed in the First World War. Inside the church a second tablet lists all those who served (although it does not include any of the female members who served in different ways in the war. An interesting account of the war service of Mary Cicely Wicksteed, one of three sisters from the Chapel who saw service in the war, by Ruth Allison, can be seen here: https://pelicanroad.wordpress.com/2015/07/02/mary-cicely-wicksteed-and-jogendra-nath-sen-and-leeds-pals-by-ruth-allison/).

The names on the Cenotaph are listed in order of rank and include their regiment as well as three additional names from the Second World War. Of the names listed Jo points out particularly the names of Lupton, who lost four members of one family, and Hirsch who lost two members in the two world wars. Jo also mentions that the name listed as Private Sen J. Nath is believed to be the only non-white combatant from Yorkshire to die in the First World War, J.N. Sen was a member of the Mill Hill Chapel Choir and may also have been a member of the Brahmo Samaj. More on Private Sen can be read on Dave Stowe’s interesting blog:

I didn’t know there was a Cenotaph outside Mill Hill Chapel but I had seen one of the names listed on the memorial before. Captain D.P. Hirsch of the Yorkshire Regiment is listed as having been awarded the Victoria Cross. He must have belonged to a fairly staunch Unitarian family because he was educated at Willaston School and his name also appears on that school’s war memorial, an object which was rescued from the school when it closed by the Rev H.J. McLachlan and placed in Harris Manchester College where it can still be seen today:

Willaston School only operated from 1900 to 1937 but was a successful small public school that had been set up specifically to educate the children of Unitarian families.

For most conspicuous bravery and devotion to duty in attack. Having arrived at the first objective, Captain Hirsch, although twice wounded, returned over fire-swept slopes to satisfy himself that the defensive flank was being established. Machine gun fire was so intense that it was necessary for him to be continuously up and down the line encouraging his men to dig and hold the position.

He continued to encourage his men by standing on the parapet and steadying them in the face of machine gun fire and counter-attack until he was killed. His conduct throughout was a magnificent example of the greatest devotion to duty.

A brief search online shows that David Philip Hirsch’s letters are now preserved in Leeds University. He was only 20 years old when he was killed. He was a star pupil at Willaston School and became the head boy before winning a scholarship to Worcester College, Oxford. After the war his parents paid for a new swimming pool to be built in the school in his memory. It would be interesting to know if the swimming pool (and the memorial chapel) are still preserved on the site of the former school.