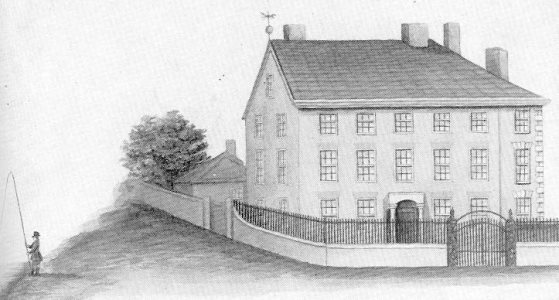 On a recent visit to Warrington I realised that I had been in the town many times but had never knowingly seen the famous Academy, or what remains of it. Famously the Academy was physically moved on rollers to preserve it after road widening in the early 1980s. I hadn’t realised, however, that this careful and no doubt expensive feat of engineering had not prevented it being demolished and rebuilt with hardly any original features in the 1990s. 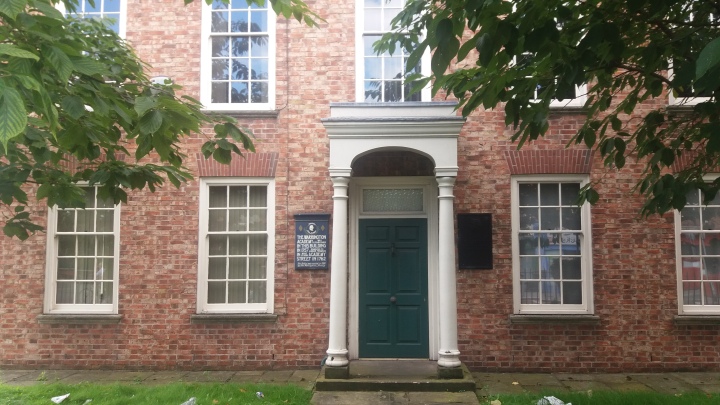 Two plaques still stand on either side of the entrance of what is left of the Academy. One commemorates the Academy, and another which is difficult, if not impossible, to read, was deciphered for me by Luke who tells me it recalls Arthur Bennett. The wording of the plaque is recorded on the Open Plaques site (http://openplaques.org/)  as being:

A poet who had dreams and to his dreams gave life. Arthur Bennett 1862-1931 Honorary Freeman and Alderman of the Borough of Warrington Mayor 1925-1927 A founder and president of the Warrington Society, the members of which erected this tablet in recognition of his services to the town he loved.

Clearly very proud of his Warrington heritage Arthur Bennett’s poem on eighteenth-century prison reformer, humanitarian and Warrington citizen ‘John Howard’ concludes with a stanza on his friendship with Dr John Aikin, son of one the founding tutors of the Academy and brother of Anna Laetitia Barbauld:

Then to “the Doctor’s, whom he loved so well,
Past the still halls with Memory’s laurels wreathed,
The sacred “seats where Science loved to dwell
Where liberty her ardent spirit breathed”.
The day’s work tested, he would journey home
To take his simple cup of tea and creep
Up the quaint old stairs in the familiar gloom,
Content to catch four fleeting hours of sleep.

I am sure Anna Laetitia’s poems relating to the Academy are better known today, one of her earliest poems discussed its educational role:

The Muses here have fixed their sacred seats.

The nursery of men for future years!

And heaven-born Science plumes her eagle-wings.

The Open Plaques site also tells me there is a plaque for Joseph Priestley in Warrington which I didn’t realise. He was perhaps the most eminent of all the staff of the Warrington Academy and another subject that inspired Anna Laetitia to poetry, writing to tease Priestley after she found a mouse caught in a trap which was destined to be a part of his experiments on air. She wrote:

For liberty that sighs;

For here forlorn and sad I sit,

Within the wiry grate;

And tremble at the approaching morn,

If e’er thy breast with freedom glowed,

And spurned a tyrant’s chain,

Let not thy strong oppressive force

The cheerful light, the vital air,

Are blessings widely given;

The common gifts of Heaven.

One of the things you notice when you visit Warrington is that even if the original building of the Academy has not been preserved its story is still valued in the town. An advertising hoarding promoting the town outside the Golden Square shopping centre makes use of the image of the first Academy: 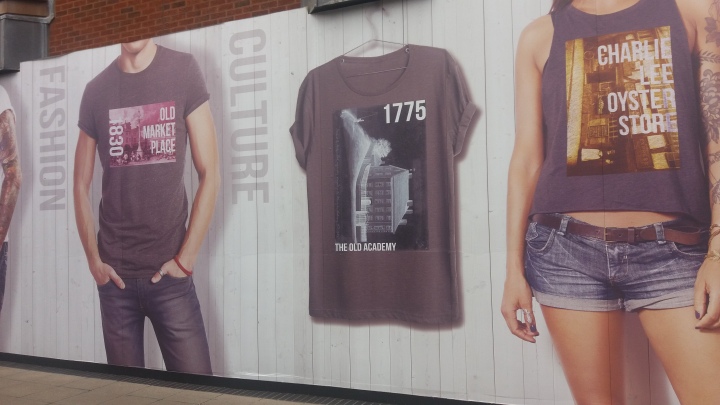 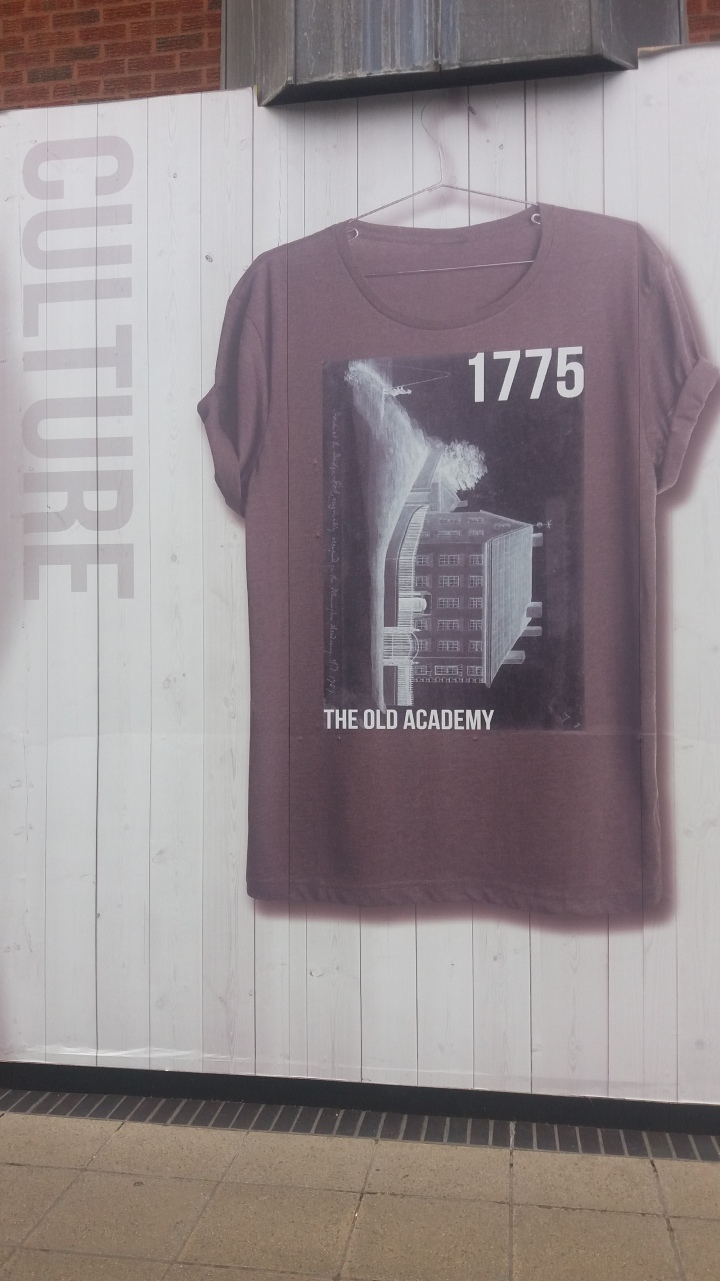 I am not sure what the date 1775 is meant to commemorate. It may be an error for the date of foundation in 1757.

The most notable feature of the modern Academy building is a large statue of Oliver Cromwell. This was put up in 1899 although I am not sure if this was the original site. 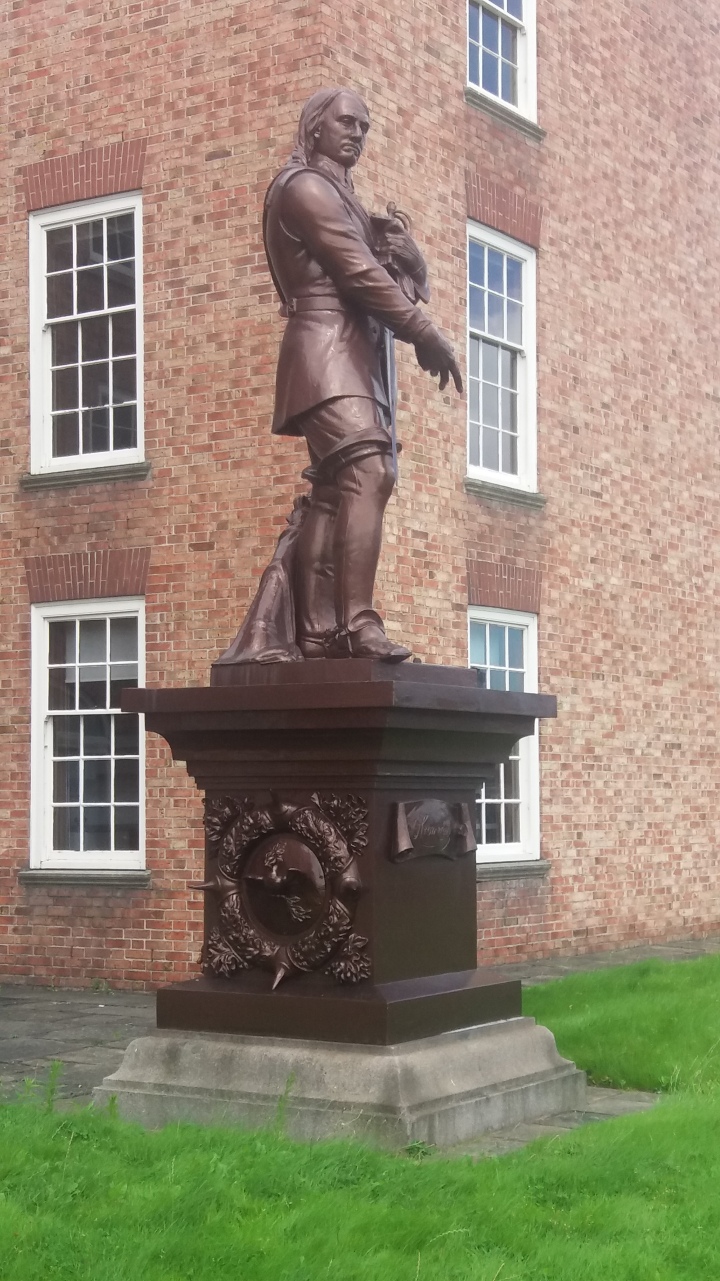 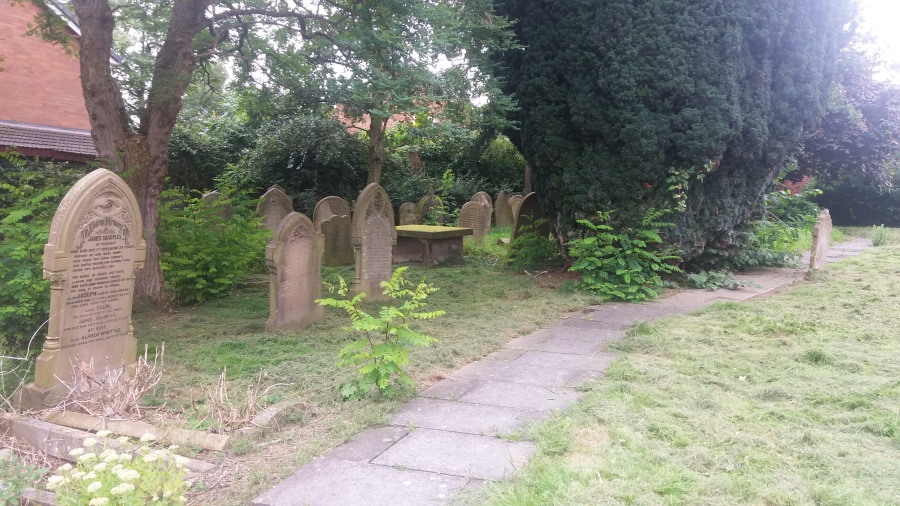 In my first post on Croft Chapel I mentioned Ellen Yates whose determination to open a new chapel after Risley Chapel was taken from the congregation eventually resulted in the opening of Croft Unitarian Chapel in September 1839. 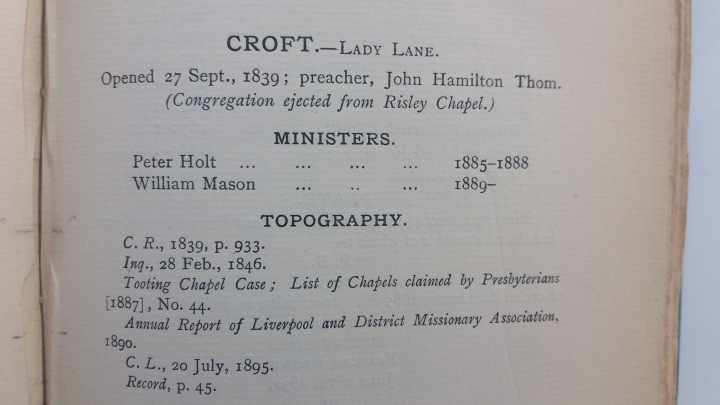 From G.E.Evans’s Vestiges of Protestant Dissent

One of the sources Ian Sellers used in his 1978 article was What One Woman Did: The Origin and Early History of Croft Unitarian Chapel. This was published in 1938 and consisted of a short article by Rev George Eyre Evans, originally published in the Inquirer on 21st July 1938, together with a few short paragraphs added by the Rev A. Cobden Smith who had been minister of Leigh.

Thanks to the kindness of Rev Andrew and Margaret Hill I have been sent a scan of this short work which highlights the work done by Ellen Yates née Urmston. She was born in Warrington in 1778 and went into domestic service at the age of nine in the home of the Rev John Aspinal, minister at Risley from 1779 and former minister at Walmsley. She remained in his service until her marriage to “farmer Yates” with whom she had ten children, six of whom outlived her.

According to G.E. Evans “Farmer Yates and Ellen his wife opened their house for divine worship on Sundays, and for nigh twelve months” the Rev E.R. Dimmock of Warrington conducted worship along with supply preachers.

This account includes a quotation from something written by the Rev Henry Fogg, sometime minister of Ormskirk and a supply preacher at Croft. (Strangely enough I have a picture of the Rev Henry Fogg but I have never seen an image of the now long vanished chapel at Ormskirk.) He gives a vivid picture of the services in her farmhouse when “in the singing of the last hymn she put the kettle on to boil for tea. We made a collection in one of her best saucers.”

As was mentioned previously she managed to collect the not insignificant sum of £500 towards the new chapel by walking to churches all over the north west on fund raising expeditions. Frequently she didn’t get home until very late at night and “On one occasion, after spending a busy and successful Saturday in Manchester, she missed her last conveyance home, but rather than not be in her accustomed place in the Sunday meeting in her own house, she resolutely determined to walk the whole distance – about eighteen miles – and reached home about two o’clock in the morning.”

Ellen Yates died in September 1850 and was buried in the chapel grave yard. Her grave and that of her husband is quite prominent. A. Cobden Smith also mentions that there was a marble tablet to her memory in the Chapel, presumably this is now long gone, but her grave can still be seen: 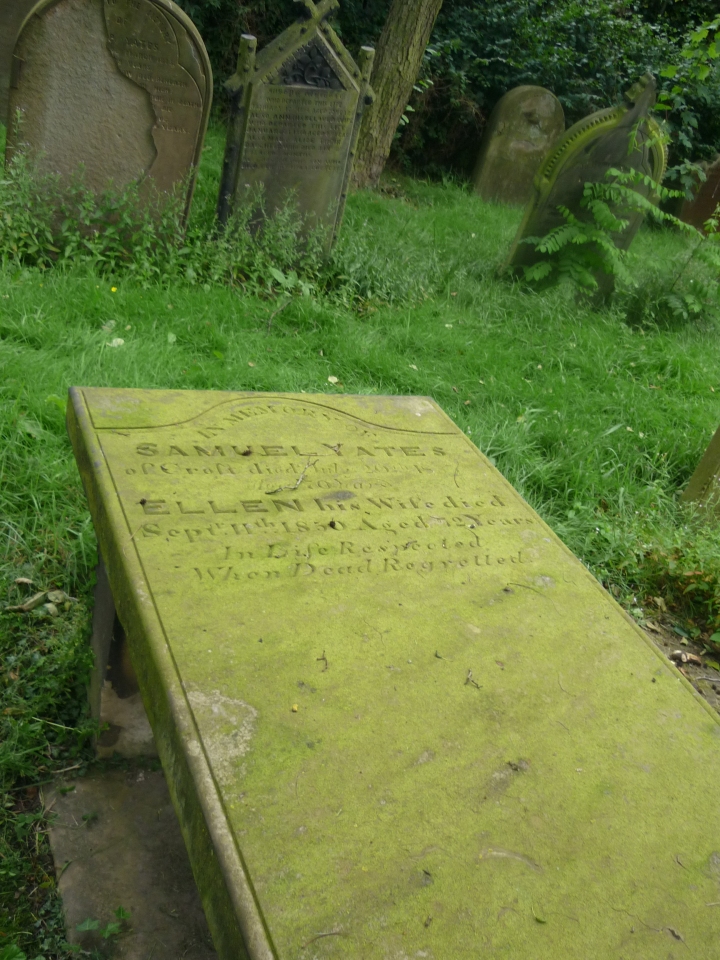 The grave of Ellen and Samuel Yates (Photo: Jack Steers)