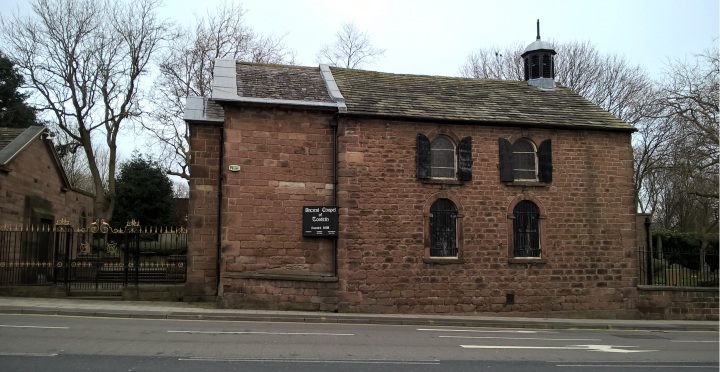 I never like to pass up an opportunity to visit the Ancient Chapel of Toxteth. Anyone with an interest in Unitarian and Dissenting history, church architecture, or the history of Liverpool will not fail to be enthralled by such an evocative building. On Mothering Sunday I was very pleased to be able to join in Sunday worship there, a service conducted by lay preacher Graham Greenall who led an appropriate act of worship which weaved together themes for Mothers’ Day, peace and a reflection on the recent shocking events in Westminster.

The late Christopher Stell, who produced the Royal Commission on Historical Monuments inventory of chapels and meeting-houses in England, was a big fan of this chapel. Dating back to 1618 the building is really redolent of the late eighteenth century when it was restored. It is part of Toxteth but speaks of a continuity of worship that stretches from the puritan farmers who cleared the forest and built the chapel for their minister Richard Mather to the present day.

An examination of the interior always throws up new things. One thing that I learnt from Christopher Stell was that the chapel builders, although puritans, were also heirs to the Anglican tradition and almost certainly built a small chapel with a chancel on the lines of a parish church. Little remains to display this today but above the organ you can still see the chancel arch. At some point in the eighteenth century the chancel was turned into a schoolhouse, later still it was used to house the organ loft and the present porch.

In 2018 the congregation will celebrate 400 years of worship in their building and will mark that milestone with suitable events.

The view from the gallery 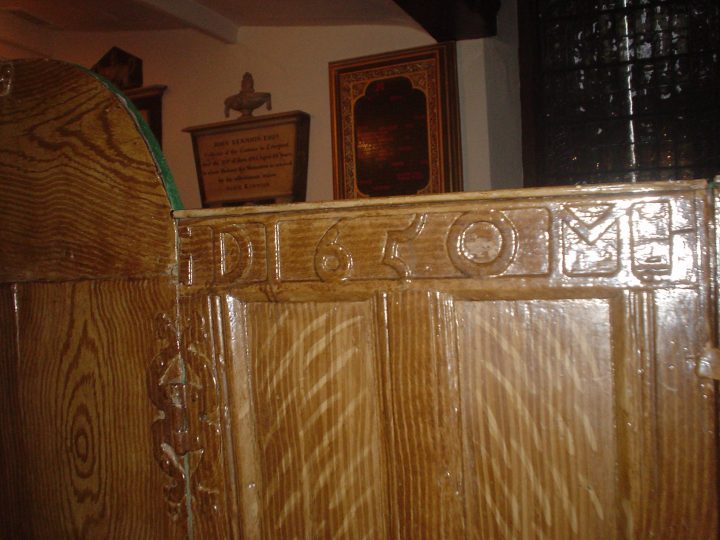 Graham Greenall in the pulpit

The chancel arch in front of the organ

Fifi, who was also present, waiting patiently for some cake following the service (photo: Sue Steers)