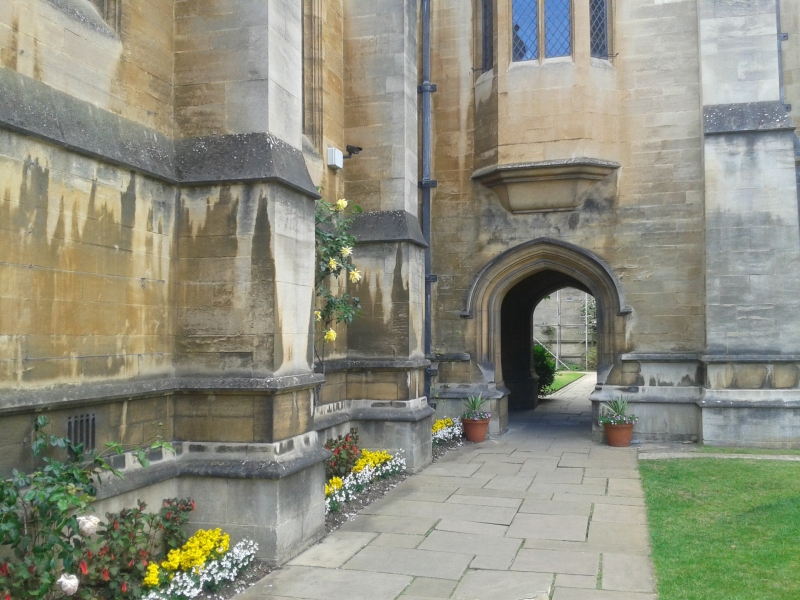 The Rev Eric Price, the founding editor of Faith and Freedom, was recalled and honoured at Harris Manchester College on Tuesday, 23rd June during the annual meeting of Friends and Governors.
Eric had significant ministries in Bolton and Liverpool, among other places, and was lay secretary of Manchester College for a great many years. In addition he founded and edited Faith and Freedom from its inception in 1947 to the year 1983.

At the meeting Richard Price, Eric’s son presented a portrait to the College. This had originally been presented to his father by Bank Street Chapel, Bolton and was unveiled in its new location by the Principal, Rev Dr Ralph Waller.

While making the presentation, in the course of an amusing speech, Richard Price recalled that he had been involved with Faith and Freedom from the very start, having been drafted in to stick erratum sheets in all 600 copies of the first issue printed! Later, he recalled his mother, when pregnant with his brother, threatening to give birth to twins and call them ‘Faith’ and ‘Freedom’, so all-consuming had the journal become for his father at the time!

Happily both myself and Nigel Clarke were able to be there for the occasion and Nigel took the opportunity to present to Richard a bound copy of the very first issue which his father had signed.