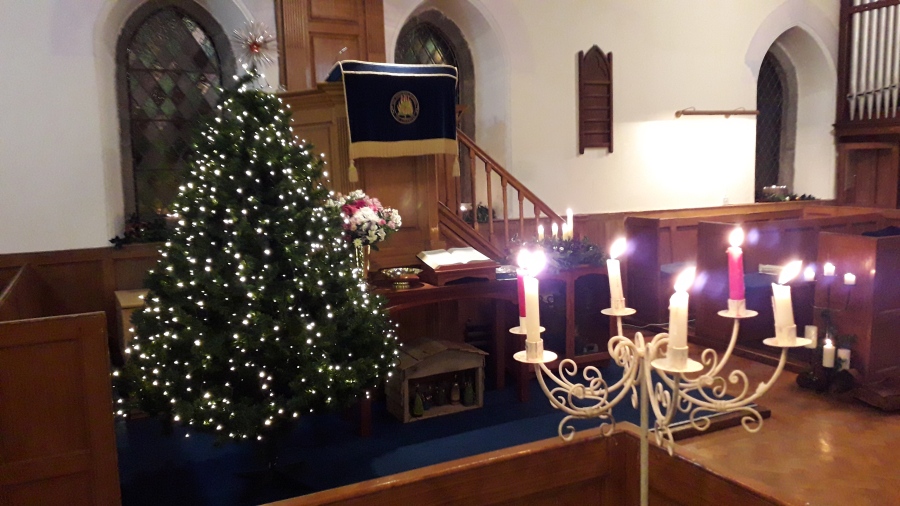 In December we had a number of successful special events beginning with the Downpatrick Table Quiz at the Lakeside Inn on Saturday, 7th December. There were 80 – 90 people present and £781.50 was raised for church funds. 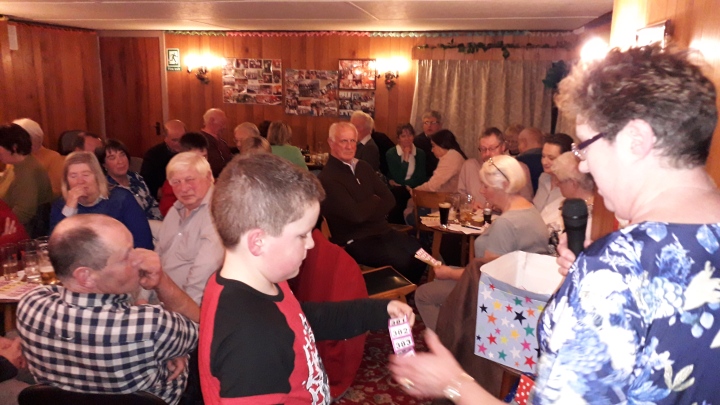 Picking the prizes for the draw

On Wednesday, 11th December we held our joint Candlelight Carol Service this year at Ballee. John Strain was the organist and once again we were delighted to welcome the Laganvale Ensemble under the direction of Gareth Downey to play for us. Equal numbers of readers from all three churches took part and were: Robert Neill, Eleanor Baha, Thomas Rooney, Elsie Nelson, Sarah Rooney, Mary Stewart, Sophia Cleland, Eve Lightbody, and Donna Lightbody.

Laganvale Ensemble preparing for the Candlelight Carol Service at Ballee

The readers at the Candlelight Carol Service

Clough Church held their Christmas Carol Service on Sunday, 15th December when the service was led by the children of the Sunday School who provided readings, poems, songs and solos to retell the Christmas story.

Clough children at the Carol Service

The Sunday School led the Ballee Carol Service on Sunday, 22nd December at the end of which everyone was delighted to receive a surprise visit from Santa Claus.

At the Downpatrick Carol Service on 22nd December the Sunday School made a presentation to Bertie Taylor of £1,000 raised for the life-changing operation needed by nine year old Ben Taylor. Bertie gave the congregation an update on Ben’s progress since his operation and thanked everyone for their support.

Participants in the Downpatrick Carol Service together with members of the Taylor family (Photo: Mary Stewart)