The Downpatrick Treasure Hunt was held on Friday, 19th July and despite some inclement weather at some points during the evening this did not dampen anyone’s spirits and everyone had a great night. Around 120 people took part travelling round a new and exciting route devised by Anna and Marion with 36 fiendish questions as we traversed the countryside around Ballydugan lake. The weather was good when most of the cars were out and when it did rain everyone was protected by the marquee where Renie entertained everyone with her playing while the participants enjoyed their hog roast. It was a great night at the Lakeside Inn hosted by Margaret and Geoffrey and a big thank you goes to them and to the many people who worked hard to make the night the success it was. So far the evening has raised about £725 for church funds. 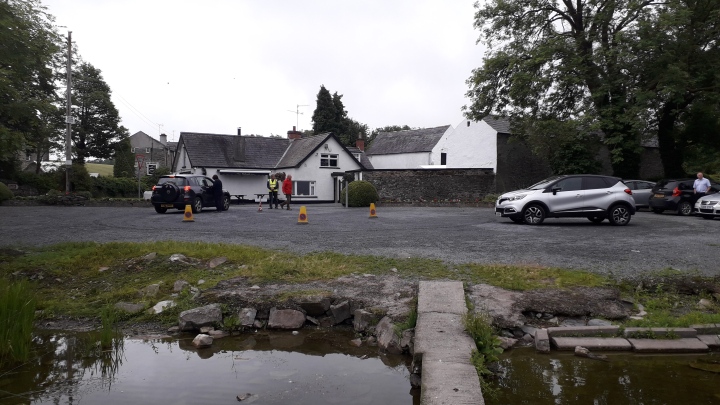 Cars preparing to set off

Margaret preparing to time the start 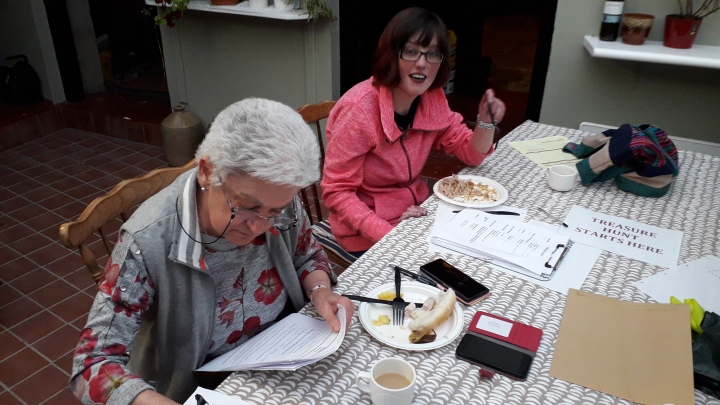 Thelma and Robyn received and timed in all the participants