One of the features of the new Non-Subscribing Presbyterian Roll of Honour is how often we see groups of brothers join after the outbreak of war. In many churches there are sets of brothers, sometimes two, sometimes three, sometimes four who respond to the appeal for volunteers. From contemporary newspaper reports we can imagine the effect this had on the families and friends who were left at home. 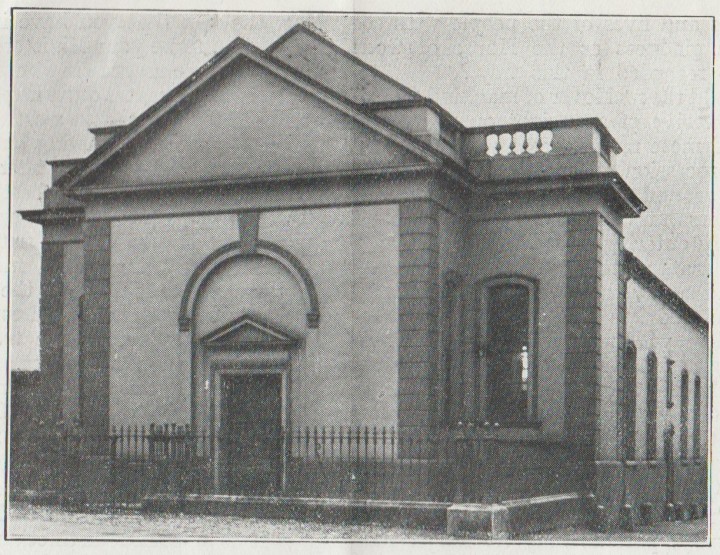 The First Presbyterian Church, Newtownards in 1909

At the start of the First World War the secretary of the Newtownards congregation was Samuel Harrison, a man widely respected in the town and in the church. Three of the sons of Samuel and Grace Harrison (all members of Newtownards) joined up after war broke out, as well as two of their grandsons. In the July 1916 issue of the Non-Subscribing Presbyterian it was announced that his younger son, Thomas James Harrison, had been awarded the Military Medal for bravery. In the Newtownards news of the Non-Subscribing Presbyterian it was reported that “What the special act of bravery was that earned him this distinction has not been officially disclosed as yet, but we understand it was connected with acts of great bravery in rescuing wounded comrades. As a Church, we are proud of the fact that one of our number has earned this coveted distinction, and also that he is the first one in the town to receive this medal.”

In fact, as will be seen from the Roll of Honour, Thomas Harrison was himself killed before he could be presented with this medal. He died, along with so many others, on 1st July 1916, the first day of the battle of the Somme.

I am grateful to Jeffrey Martin and Nigel Henderson for providing me with this picture of him which appeared in the Newtownards Chronicle at the time: 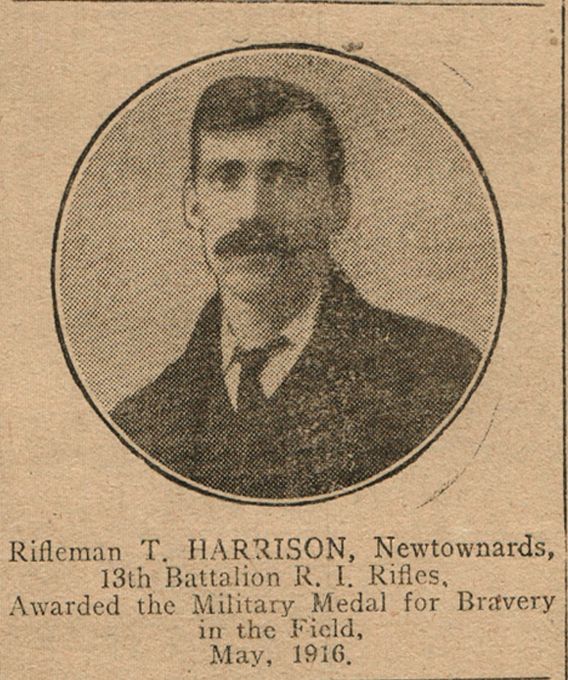 From the ‘Newtownards Chronicle’

The extent of the casualties on the first day of the Somme must have had a devastating effect back home. At the time of Thomas’ death Samuel was nearly 72 years old and himself died little over a year later. It was perhaps a measure of how highly he was thought of that quite an unusually full obituary of him appeared on the pages of the Non-Subscribing Presbyterian. It detailed his education at the National School at Ballycullen, an education cut short by the need to go out to work as a farm boy, but supplemented by a return to night class “after a hard days’ work begun at daylight”.

He was a man of fine, high principle, and greatly valued by his employer the obituary said. When promoted to the post of land steward he was the youngest man in that capacity in the county, eventually becoming the foreman of the road labourers for the local council. The obituary speaks highly of his ability to get on with all classes of people. The Newtownards Chronicle itself said “there is no individual in this county who is more highly respected by all classes and creeds than everybody’s good friend, Sam Harrison.” The Non-Subscribing Presbyterian detailed the local respect shown to him at his funeral:

Had he been one of the leading citizens or a wealthy manufacturer, the tribute would not have been so very remarkable; but as he died as he had lived – a plain working man – this tribute was the more noteworthy.

He had been a member of the church committee since 1875 and the secretary since 1898, the obituary emphasised his faith commitment:

A staunch Non-Subscriber and liberal Christian, his attachment to his Church was shown in the unselfish devotion of his mind and energies to its welfare. 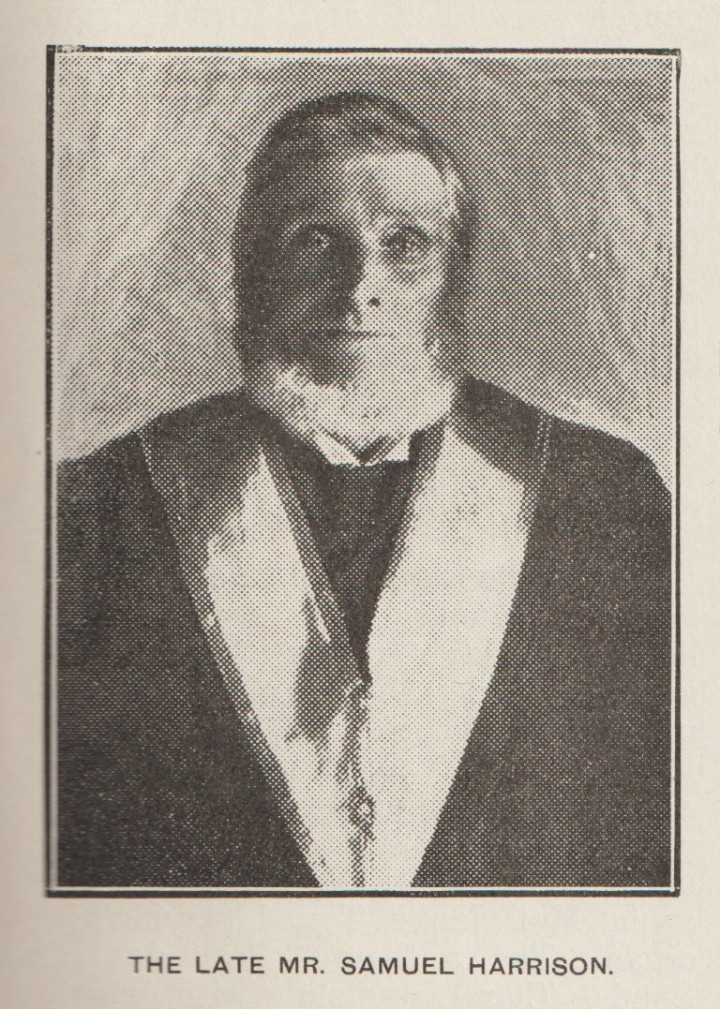 Picture from the ‘Non-Subscribing Presbyterian’

All this is part of the background to the experience of those who served in the trenches. In the words of his obituary Samuel Harrison left behind a fine record of faithfulness and a memory that should be an inspiration to those that follow him. For those left at home life continued as normal, at least outwardly. But it must have been hard to express in words the shared sense of loss felt by so many after 1st July 1916.