One of the striking features of the Roll of Honour of the Non-Subscribing Presbyterian Church of Ireland is the large proportion of those who were killed during the First World War who lost their lives on the first day of the battle of the Somme.

The statistics alone indicate the impact the battle of the Somme must have had on the Ulster Division and on those back at home. Of the 19 who were killed five were officers, two were NCOs and the others were private soldiers. Some of the men were quite well-known such as Captain James Samuel Davidson, the son of S.C. Davidson the founder of the Sirocco works in Belfast. 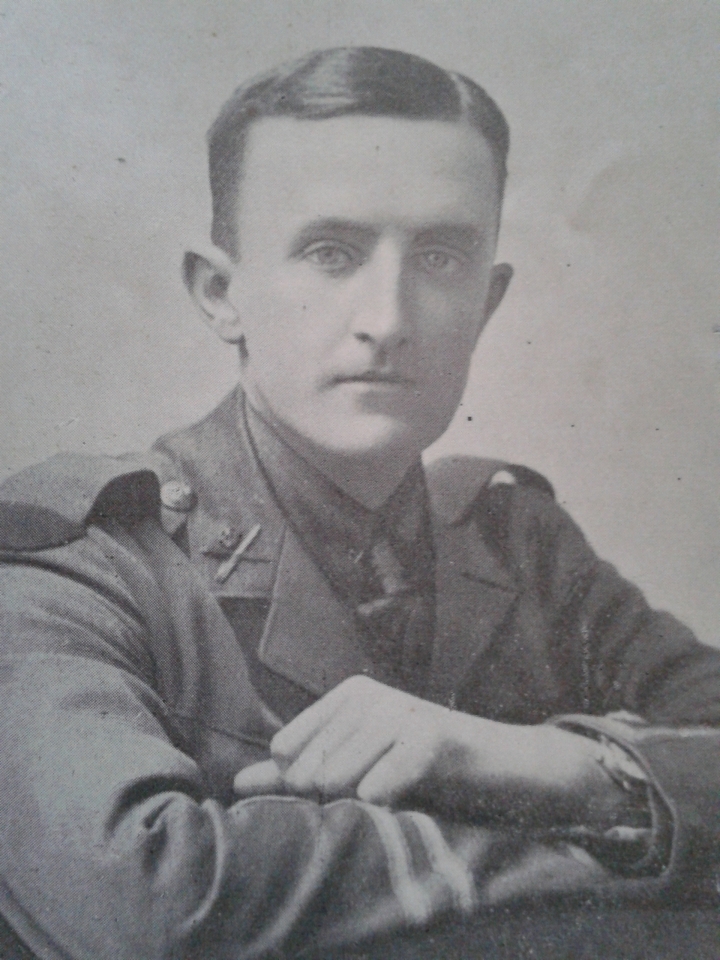 Other deaths indicate the devastating effect the battle of the Somme had on families. So at Templepatrick two brothers were killed on the first day of the Somme, James Harper of the 15th Battalion Royal Irish Rifles, aged 23, and his younger brother Joseph, aged just 19, serving with the 11th Battalion of the same regiment, both killed at the start of the battle. At Holywood congregation James Dermot Neill was killed on the first day of the Somme, his younger brother Robert Larmour Neill had been killed in action in May of the previous year. Both brothers are remembered on a family memorial in Holywood Church. 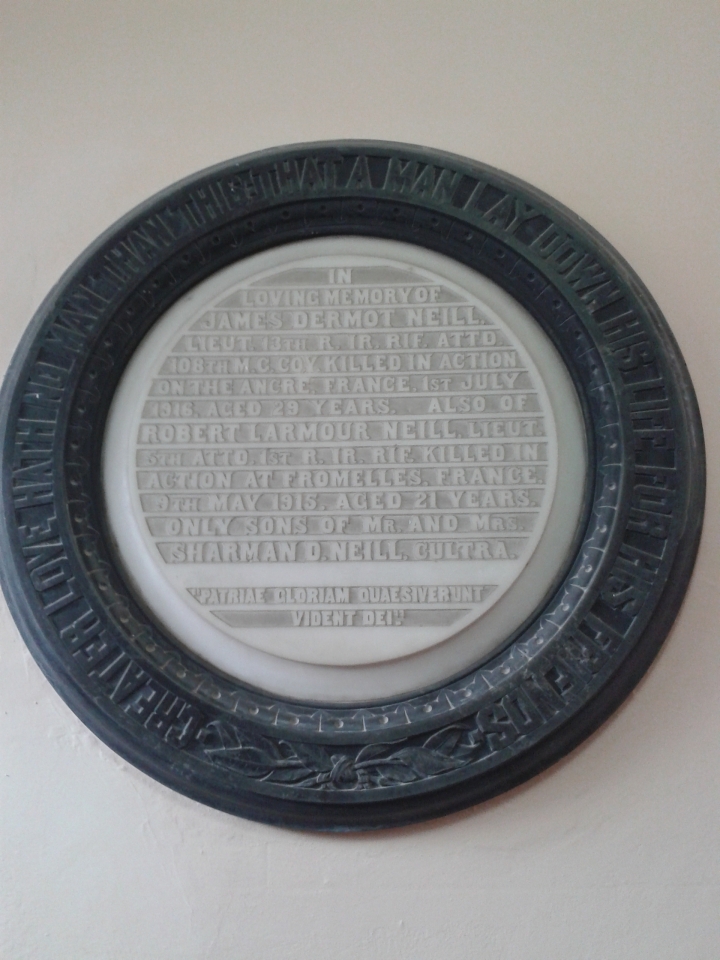