When the Non-Subscribing Presbyterian magazine published its second collection of names of men and women who had joined up after the start of the First World War in March 1915 the entry for Ballee congregation contained one name:

William Crymble was a Captain in the Royal Army Medical Corps. His father was the principal of the school at Ballee and the whole family belonged to the congregation. He had trained to be a doctor in Belfast and Dublin, following his studies with positions at the Royal Victoria Hospital Belfast, Down District Asylum and Beckett Street Infirmary Leeds. Before the war he had joined the reserve of the RAMC and had been promoted to Captain on 13th July 1914. His skills were very necessary once war broke out and in August 1914 he went with the British Expeditionary Force to France. 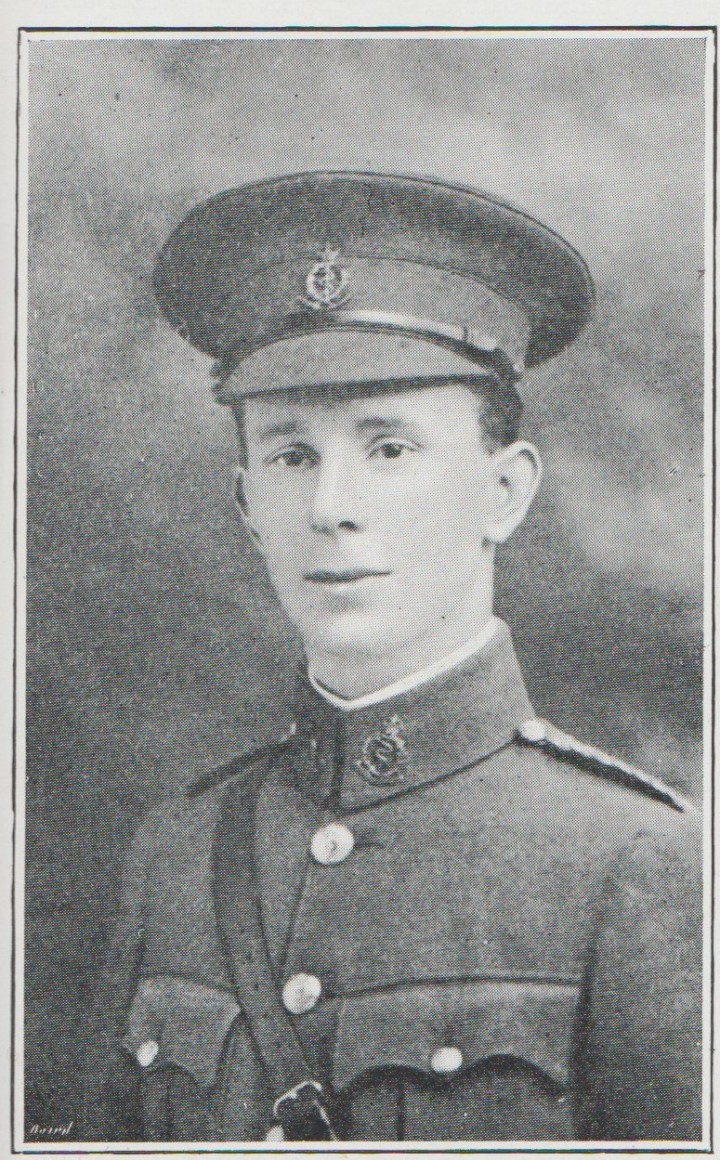 Attached to the 14th Field Ambulance he was amongst those taken prisoner at Le Cateau on 26th August 1914. The story of his initial capture makes for grim reading with accusations of brutality against the enemy. The medical officers were said to be prevented from attending to the wounds of the injured, they were transported in cattle trucks to the internment centre at Torgau in Germany, with little ventilation and frequently no water.

He was interned not just in Magdeburg but in a total of four camps. Magdeburg was the first and reportedly the worst with officers being thrown in prison for failing to salute a German officer, property being confiscated and the keeping of diaries forbidden. All this was reported in the Non-Subscribing Presbyterian and based on With French in France and Flanders by Rev O. S. Watkins, an army chaplain. Sanitation was poor, facilities for exercise limited and rigid discipline enforced. At one camp prisoners from different nations were split up and separated out of national groups in an effort to break down their resistance to camp discipline. Remarkably though, over the summer of 1915, William Crymble was able to return home in an exchange of prisoners. He was returned to Holywood Barracks where he declared he felt like a “fish out of water” until he could get back to the front.

He soon got his wish and was sent to Egypt to be part of the war effort with the Mediterranean Force. But here tragedy struck. On 12th October 1916 he died of enteric fever in Alexandria. One of his colleagues and a former fellow student at Queen’s said:

“On the day on which the sad news of his death was made known to the patients he had attended, the medical officer on duty was sharing the distress which was visible among the patients and could not always trust himself to speak. But the sorrow that could not find adequate personal expression was manifested on Sunday the 22nd.”

The Non-Subscribing Presbyterian reported that “Rev J.H. Bibby made touching reference to his death on the Sunday succeeding the receipt of the sad news in Ballee.”

He is buried at the Suez War Memorial Cemetery in Egypt.