I was very pleased to be amongst those present for the Civic reception for the new High Cross erected at Down Cathedral on 24th September. Based on fragments of an ancient cross kept in the Cathedral it is carved from Mourne granite, weighs five tonnes and towers over its immediate surroundings. It is an impressive structure, a work that eloquently reflects the legacy of St Patrick so close to his grave. The fragments that are inside the Cathedral were originally found on the site that is now marked as St Patrick’s grave and are thought to date from the eighth century. The pieces were digitally scanned and the decoration carved onto the new Cross to create a pristine replica of what may once have stood at the entrance to the Benedictine monastery which originally stood on the hill. 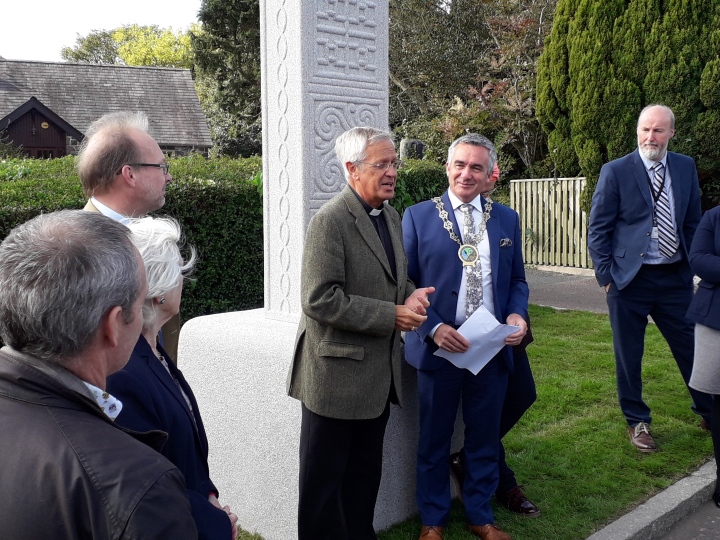 Hand print at the foot of the Cross for pilgrims