Back in 2016 I wrote about the grave of the Rev Peter Holt in the grave yard of the former Croft Unitarian Chapel (pictured above). The first full-time minister at Croft, he later served at Leigh and Astley in Lancashire. (Click here to read that post.) I remember preaching at Astley when a student in the 1980s and the Holt family was still remembered there then. Peter Holt was the father of two ministers, the most well-known was the Rev Raymond V. Holt, the other being the Rev Felix Holt whose longest ministry was at Ballymoney in county Antrim. Since posting about the Holt family I have heard from Andrew Holt, the grandson of the Rev Peter Holt and son of another brother, and also recovered some material about Felix Holt which came to light a few years ago. 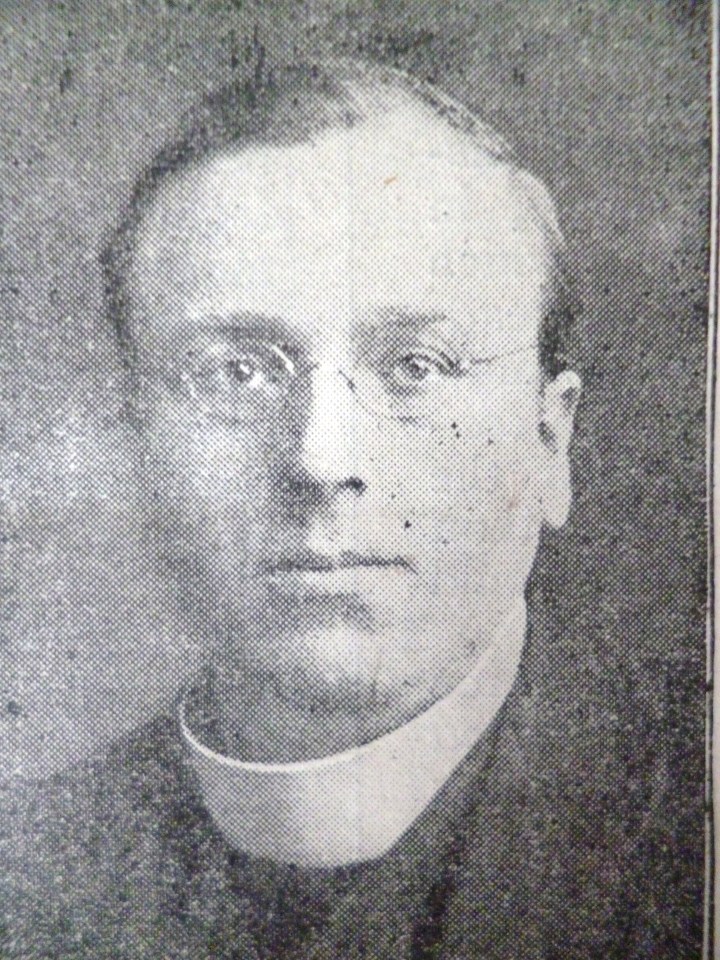 Felix’s nephew tells me that his cousin, Felix’s son, served with the RAF during the Second World War and was shot down and killed over France. According to the Commonwealth War Grave Commission his son was Flight Sergeant (Navigator) Alwyn Evelyn Stuart Holt who died on 19th July 1944 aged 21. He served with 207 Squadron Royal Air Force Volunteer Reserve. He is recorded by the CWGC as “Son of the Revd. Felix Holt and Margaret Isabel Holt, of Charles Street Manse, Ballymoney, Co. Antrim, Northern Ireland.” He is buried at Margny Communal Cemetery, Marne, France.

Among other things Rev Felix Holt was the clerk of the presbytery of Templepatrick for seven years and moderator of the Remonstrant Synod of Ulster from 1916 to 1917 and from 1935 to 1936. He must have been a considerable scholar. He taught ancient languages at Dalriada School in Ballymoney as well as working as a private tutor. I have a copy of a flyer he used listing his qualifications. 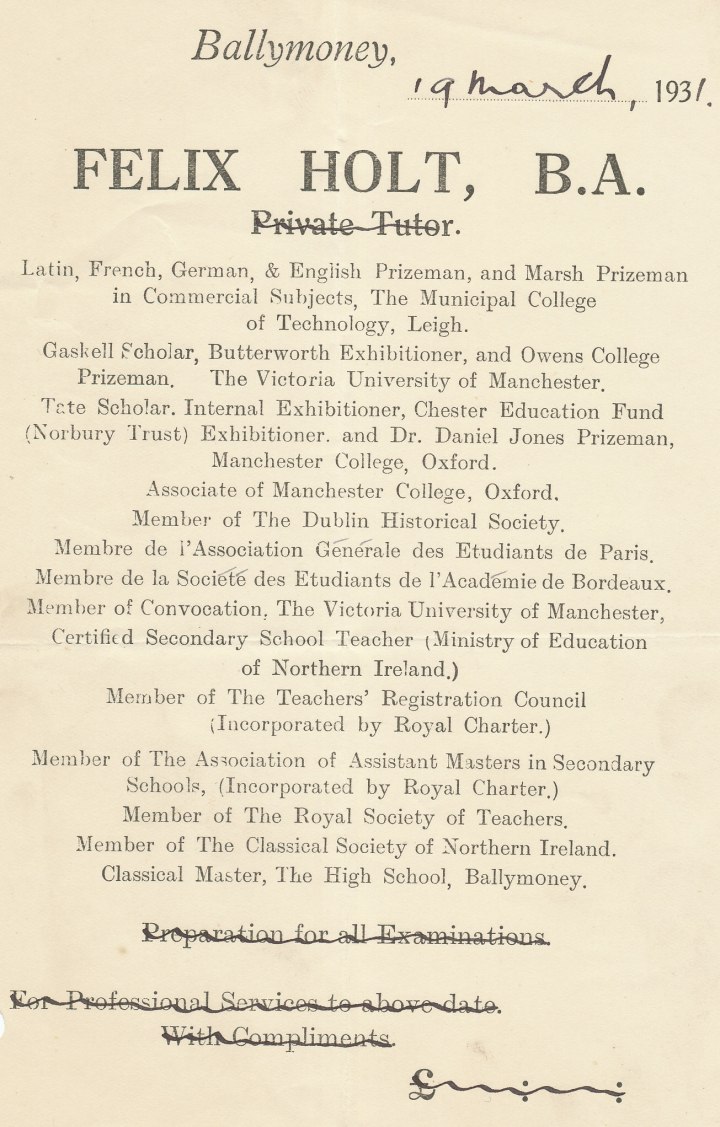 He was also the editor of the Non-Subscribing Presbyterian magazine for a few years. The picture from this front cover is the only picture I know of him. 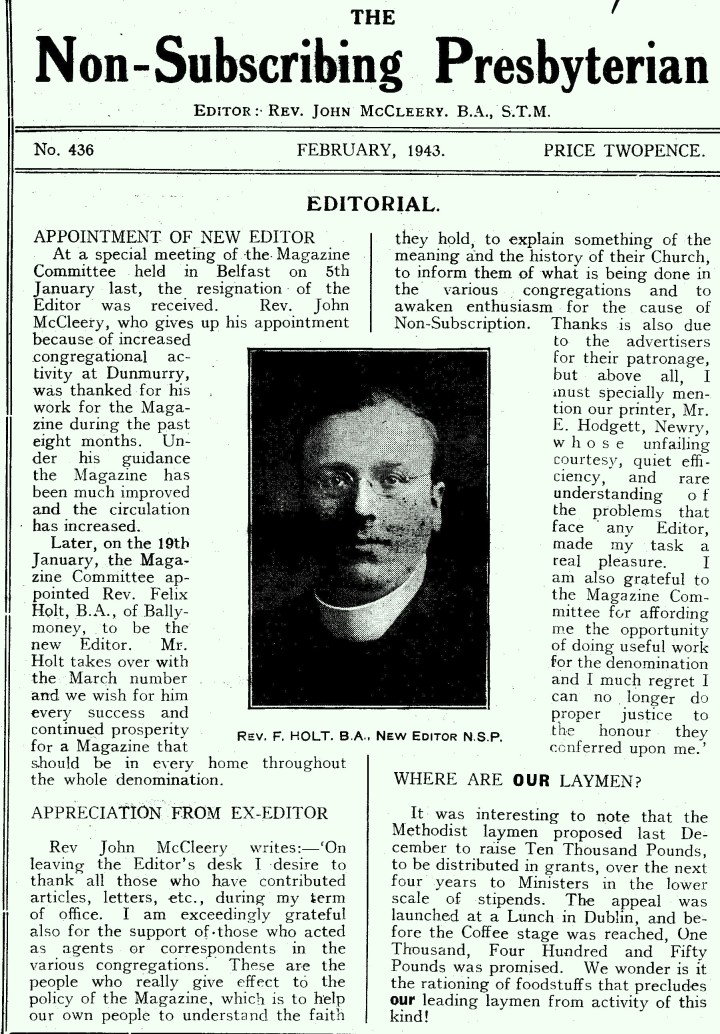 No pictures or text may be reproduced from this site without the express permission of the author.