Great George Street Chapel is one of the most impressive buildings in Liverpool although it may not be as appreciated as it ought to be. Of course, it is not called ‘Great George Street Chapel’ today and has not been so designated for more than half a century. After closure as a chapel it became an arts centre known originally as the Blackie (the building was then stained black by decades of industrial and domestic pollution) subsequently renamed in more recent times the Black-E. This has proved to be a long-lasting and effective institution which has ensured the survival of this building. It’s much altered on the inside but the exterior is much as it always has been. 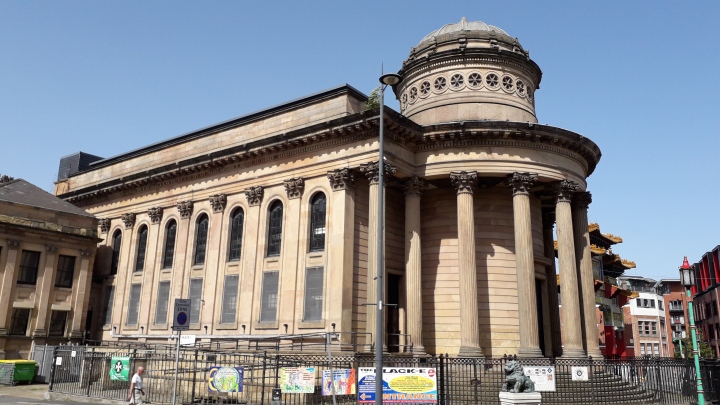 It’s remarkably imposing and is now set off against the architectural additions that have been made to Liverpool’s Chinatown including the arch and the lions that line the street. 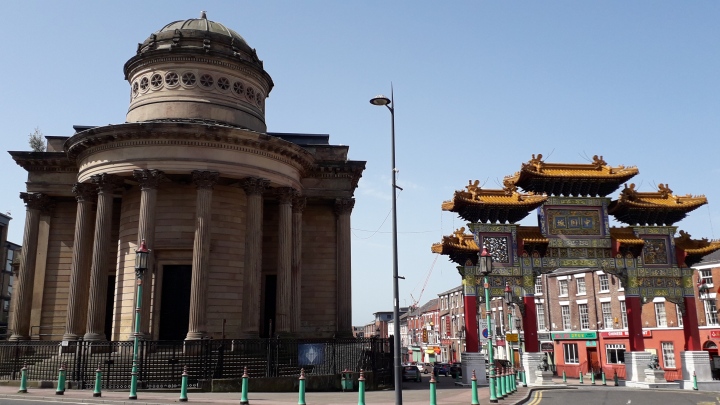 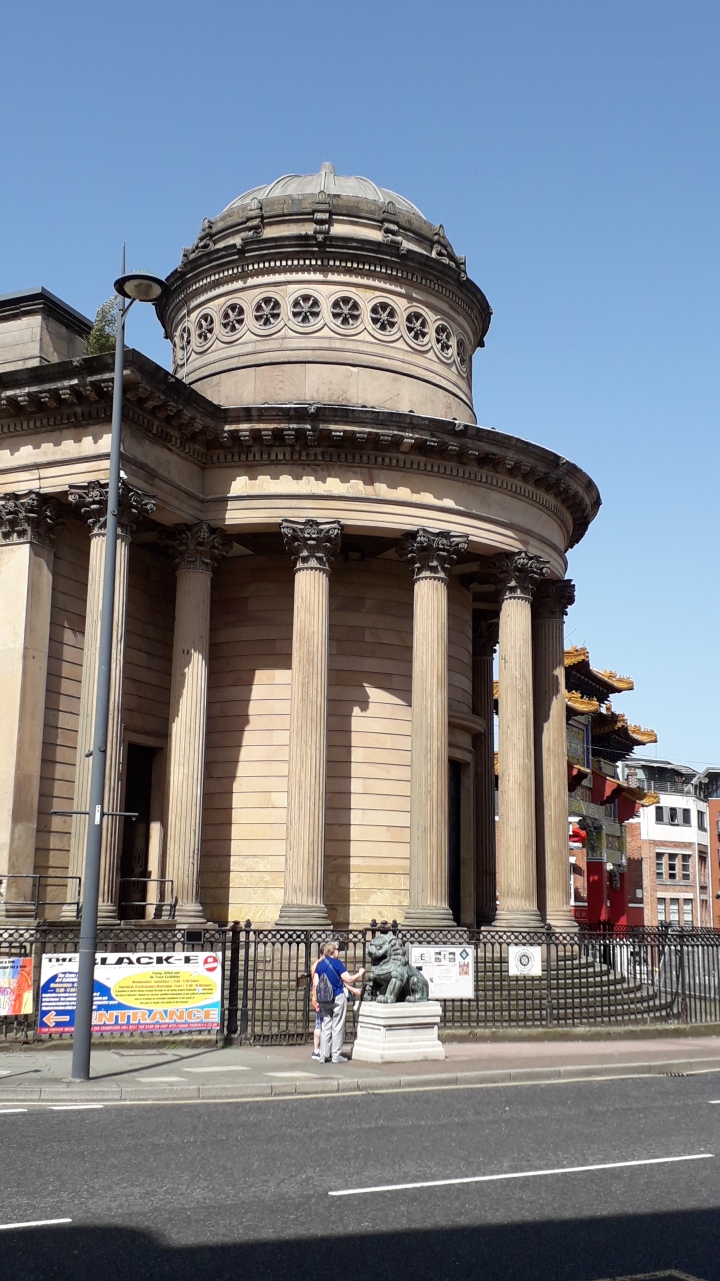 The congregation that built the chapel liked to claim descent from the Ancient Chapel of Toxteth. In the 1770s a new Independent Chapel was founded nearer the town centre, on Newington, including members who had left the Ancient Chapel because of the direction of the theology of its minister and leading members. Without being spectacular this church appears to have flourished for some decades until they called the Rev Thomas Spencer in February 1811. Then aged just 20 years old he had a resounding impact gathering a massive congregation of up to 2,000 hearers. His successor Thomas Raffles described his impact as in this way:

“The chapel soon became thronged to excess, and not alone the thoughtless and the gay, whom the charms of a persuasive eloquence and an engaging manner might attract, but pious and experienced Christians sat at his feet with deep attention and delight. There seemed to be, indeed, a shaking amongst the dry bones. A divine unction evidently attended his ministry, and such were the effects produced that every beholder with astonishment and admiration cried What hath God wrought?”

They needed a bigger church and so built anew on Great George Street in 1811. 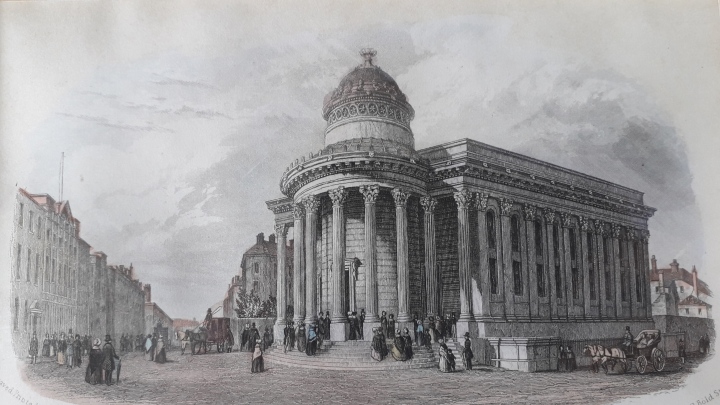 A contemporary engraving of the church of 1840

But just four months after laying the foundation stone tragedy struck when Thomas Spencer drowned while swimming in the Mersey near the Herculaneum Potteries. But this did not deter the new church which soon called the formidable figure of Rev Thomas Raffles. In the best traditions of non-conformity not all the members of Newington left for the new church, a congregation stayed behind for decades to come but Thomas Raffles ministered at Great George Street for 49 years and when the new building burnt down in 1840 they built the striking edifice that remains to this day. 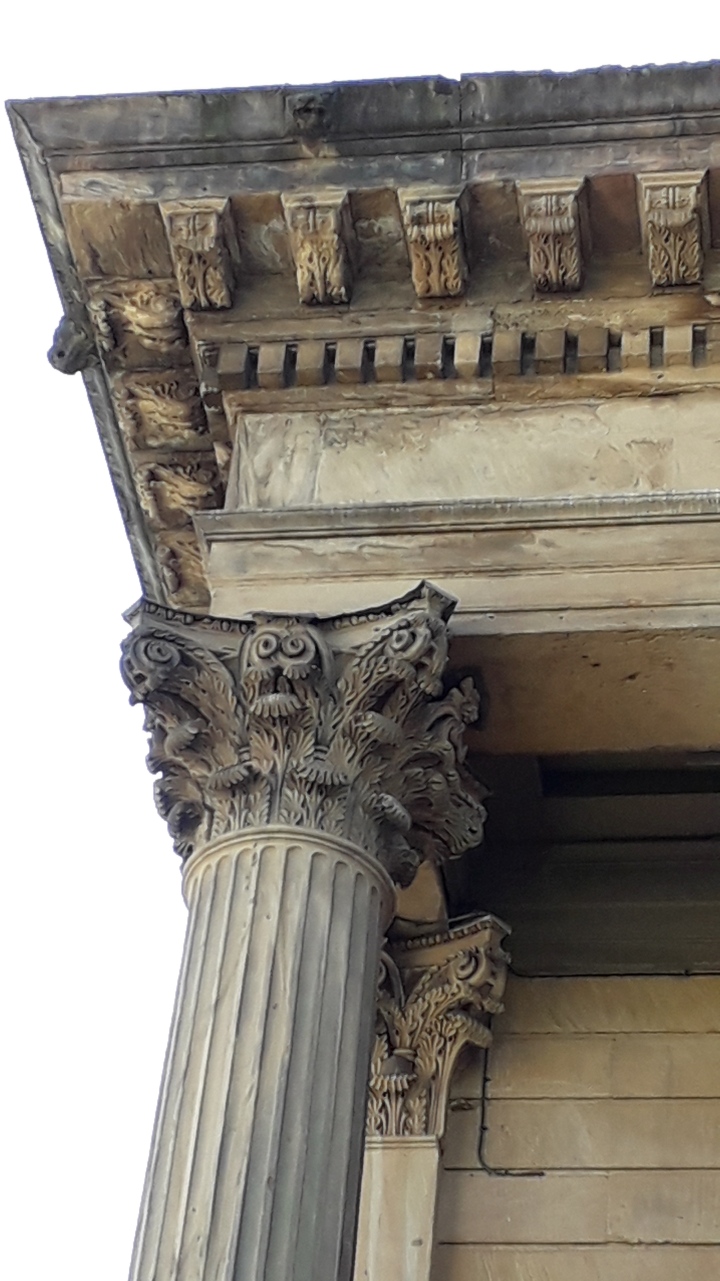 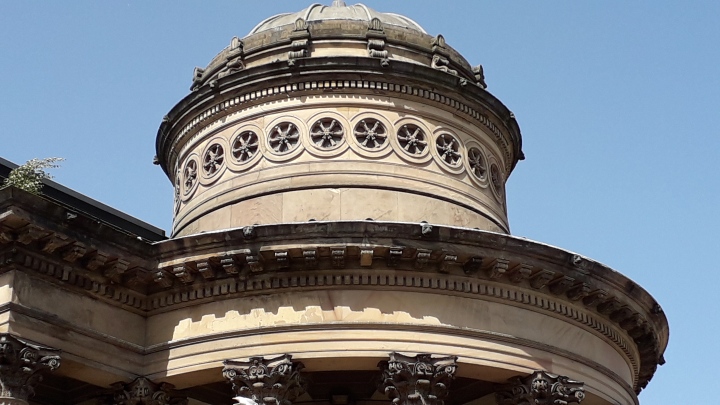 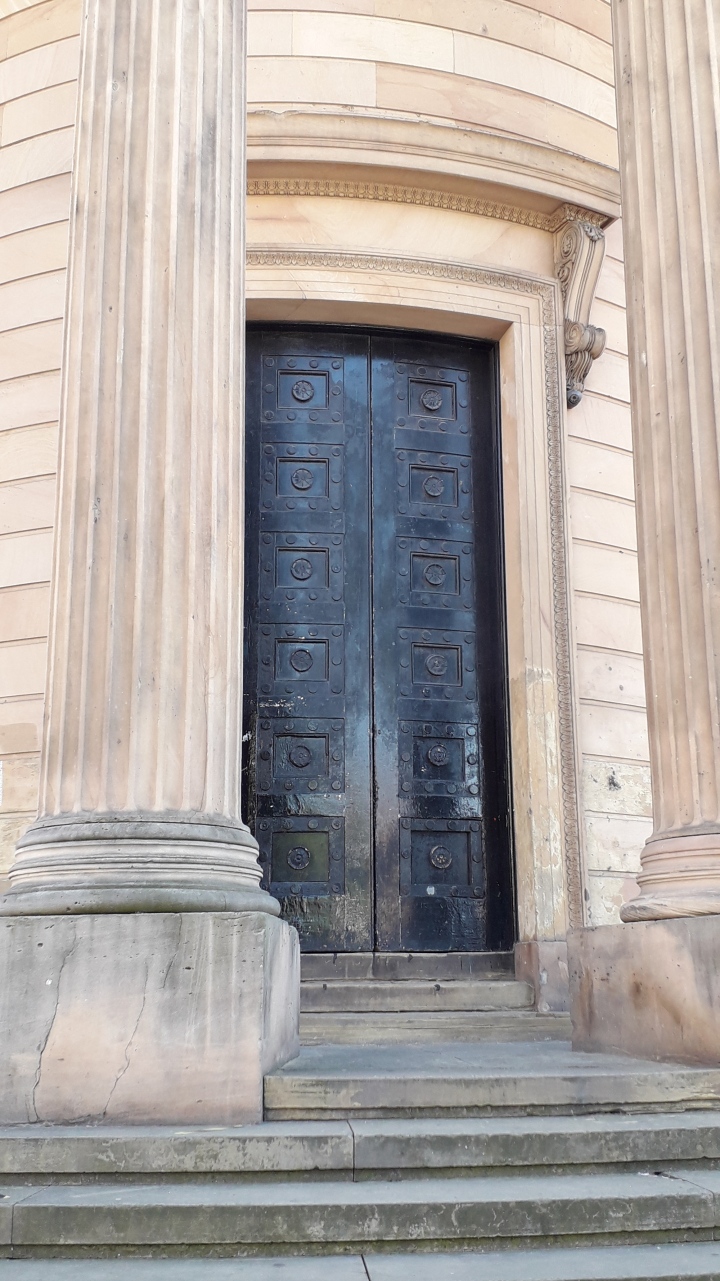 It cost £13,922 in 1840 and could seat 1,800 hearers. The architect was Joseph Franklin, the Corporation Surveyor, and the massive columns around the circular entrance are said to have come from a quarry in Park Road, Toxteth. Remembered also as a pioneering architect of railway buildings Joseph Franklin succeeded John Foster junior, the architect of Rodney Street Church of Scotland, as the Corporation Surveyor. As with that building this is a significant and impressive structure. 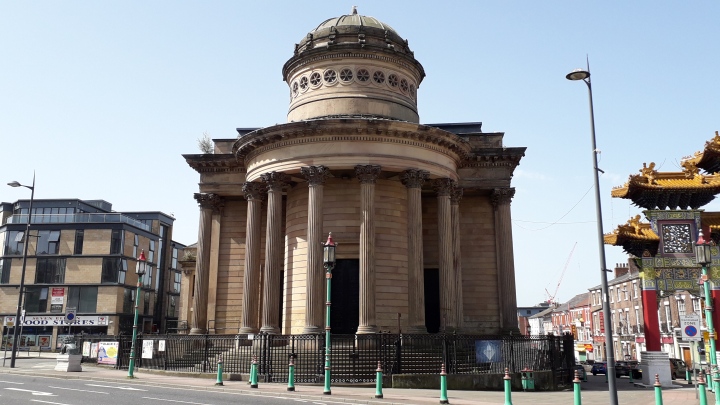 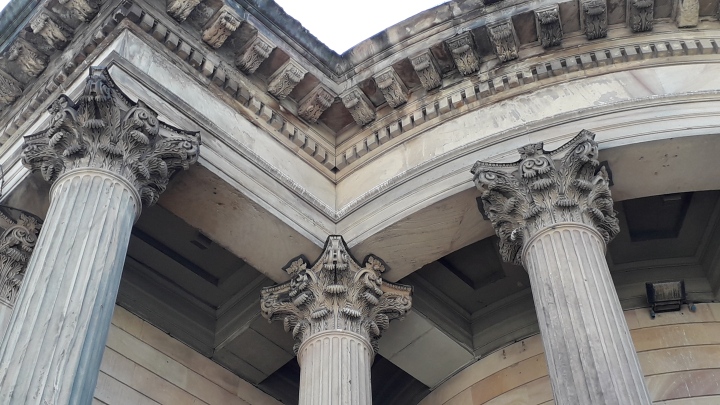 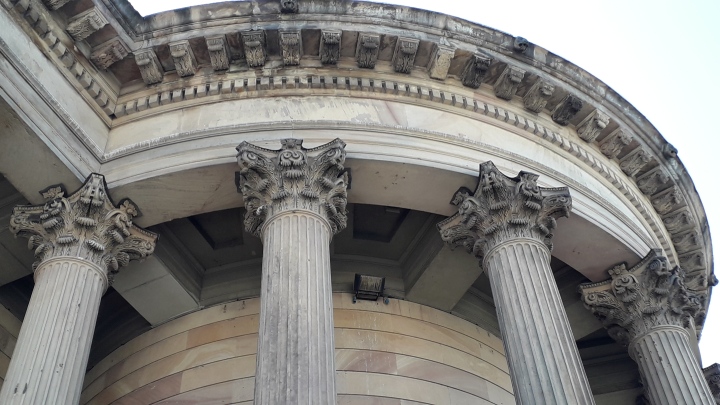